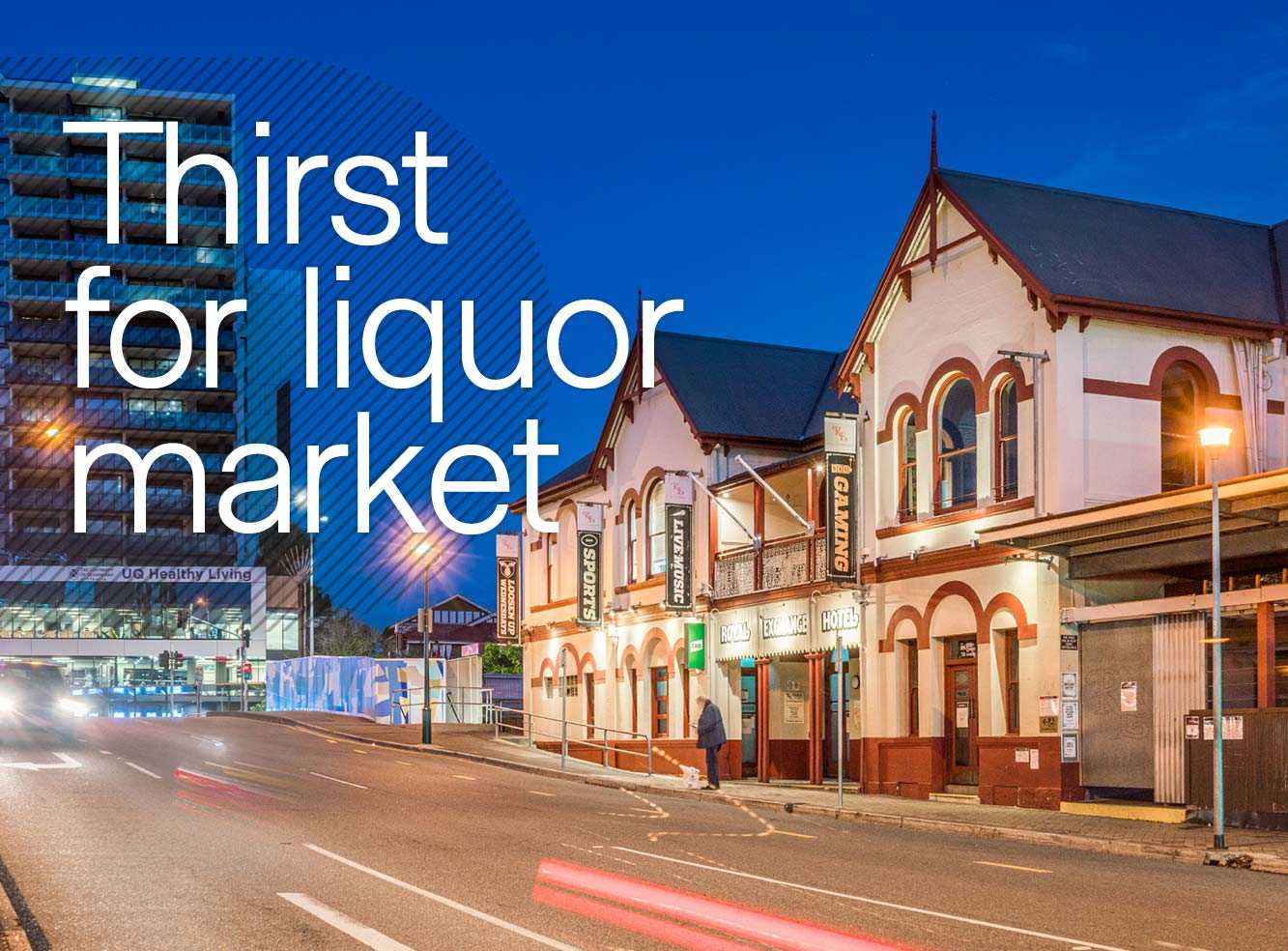 Without a doubt, commercial property has been the investment class of choice during the disruptive economic conditions of last year. Investors are diversifying their portfolios to include investments with defensive qualities like retail fuel and childcare. However, there is a new darling of commercial property investment – hotels, pubs and liquor.

“Liquor and pubs are some of the most sought-after classes of commercial property,” said Michael Gilbert, Burgess Rawson’s Director of Sales in Sydney. “Investing in commercial property is not just investing in the physical property but the tenant as well and in the case of liquor and pubs, Australian brands are rock solid.” Research firm IBIS Worldwide has calculated that the liquor retailing sector in Australia is growing by 4.55% annually, to a total value of $15.5 billion in 2021.

“Figures this appealing are attracting plenty of interest from investors,” said Mr Gilbert. “Offering benefits such as ASX-listed tenants, triple net leases and strategic locations, it is easy to see why.” Melbourne Director Jamie Perlinger agrees stating that the sector performed well during COVID-19 and despite pub and hotel closures at various stages of lockdown, the sector has bounced back remarkably.

“Take Australia’s largest hotelier and liquor retailer, for instance, Endeavour Group. In February, Endeavour reported a 10% increase in half-year revenue (H1 FY21 compared to H1 FY20) despite the impacts of COVID-19,” said Mr Perlinger. “Endeavour Group was the result of the merger of Woolworths’ Liquor business, anchored by Dan Murphy’s and BWS, and their pub business, ALH Group. In February, Woolworths announced a 335% rebound in the ALH Group half-year profit (H1 FY21 compared to H2 FY20) and a 24% increase in Dan Murphy’s and BWS profits (H1 FY21 compared to H1 FY20) demonstrating that the diversification succeeded and now – together – they can prosper through a pandemic.”

“Go back 20 years or so; Woolworths and Coles’ entry to the pub market was the “multiplier” for their respective liquor businesses,” said Mr Gilbert.

“Retailers are unable to operate a bottle shop in Queensland without a pub license,” said Mr Gilbert. “Consequently, most Queensland Dan Murphy’s and First Choice stores are located on hotel sites.”

The year ahead looks just as buoyant for the sector, as it continues to innovate and diversify. “We are seeing liquor brands diversifying their product offering and pubs have future-proofed their business so they can adapt to changing market conditions,” said Mr Perlinger. “Hotels are offering online capabilities including pre-ordered meals and delivery services,” said Mr Perlinger. “With such a quick bounce back to profitability, we expect Endeavour Group will be actively looking to expand their network this year.”

“In the specific case of hotels, these high-profile locations are tightly held. Licenses are incredibly hard to get and are not easily transportable which underpins both the land value and the ongoing security of the investment,” said Mr Perlinger. “In terms of long-term returns, I really think this is a sector to watch in 2021.”

Interested in liquor or hotel investments? We have a fantastic opportunity in Queensland to own an iconic pub leased on a 25-year triple-net lease + options ALH Group. Contact Michael or Glenn to find out more.