When you’ve been a nightclub bouncer in London in minus three degrees and ridden a bicycle halfway across the world with your girlfriend, nothing subsequent to that will ever feel like a challenge.

So, while some might baulk at moving from a very comfortable family life with three kids in a city where your job is going gangbusters, others, like Adam Thomas, thrive on change and opportunity.

Adam, Burgess Rawson’s Head of Agency and Partner in Melbourne, has brought national domination of the Childcare property sector to the business, having overseen more than 400 freehold sales with a book value of close to $2 billion. Since January 2021 alone, Burgess Rawson has sold 89 childcare centres – more than 60 ahead of its nearest rival, and greater than every other agent put together.

As Burgess Rawson CEO Ingrid Filmer says: “Adam has the golden touch for us and our clients.

Along with finding a house in the northern suburbs of Brisbane and two schools for his three kids, Adam is also sure he will soon be looking for new bigger offices for the Burgess Rawson team in the Brisbane CBD.

“There is no doubt that we will be taking on more people in the Brisbane office because we are going to be doing more and more business there,” says Adam. “I’ve got to know the Queensland commercial property market well because so many of my Melbourne clients are investing significant capital there.

“The flight of capital from our Melbourne and Sydney clients into Queensland commercial properties is at unprecedented levels. They see the value in Queensland that I see.” 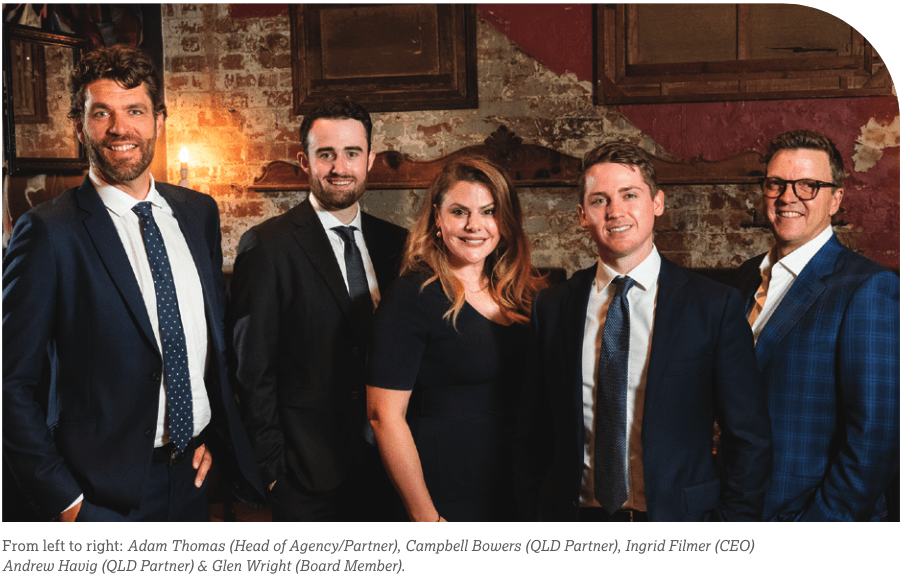 Part of Adam’s role heading the Brisbane office will be to ensure that more Queenslanders see the value in Queensland.

“Wherever you live, you want to see people in your city doing well,” he says. “I was exactly like that when I was living and working in Sydney, London and Melbourne.

“Now I’m going to be a fiercely loyal Queenslander in everything related to investing for Queensland clients. In fact, the only place I can’t be so loyal will be at Suncorp Stadium where I’ll still be bleeding for the Blues and the Rabbitohs.”

So, with a family that, like Adam, embraces change, what does he see himself doing in a decade from now? “2032 is a big date in every Queenslanders calendar right now with the Olympics coming,” he says.

“As a Sydney boy in the year 2000, I saw for myself how much building and investment goes on in the lead up to the Olympics. Queensland is going to be frenetic for the next 10 years as the Gold Coast and Brisbane end up as one huge conurbation. That is going to mean commercial properties being built at an incredible rate.

“And the one sure thing about a city growing is that the regions will grow too as many of the Brisbane originals look to escape a place that has become too big and brash for them.

“Just thinking about all those sales, auctions and management of assets that are going to happen in the next decade could almost have me pondering early retirement in 2032. But sitting still for a moment would be the greatest challenge of my life. There’s only so much golf, tennis, bike-riding and travelling I can do before I’m itching to work again.”