Focus on Canberra: an insight into one of the fastest growing Australian economies 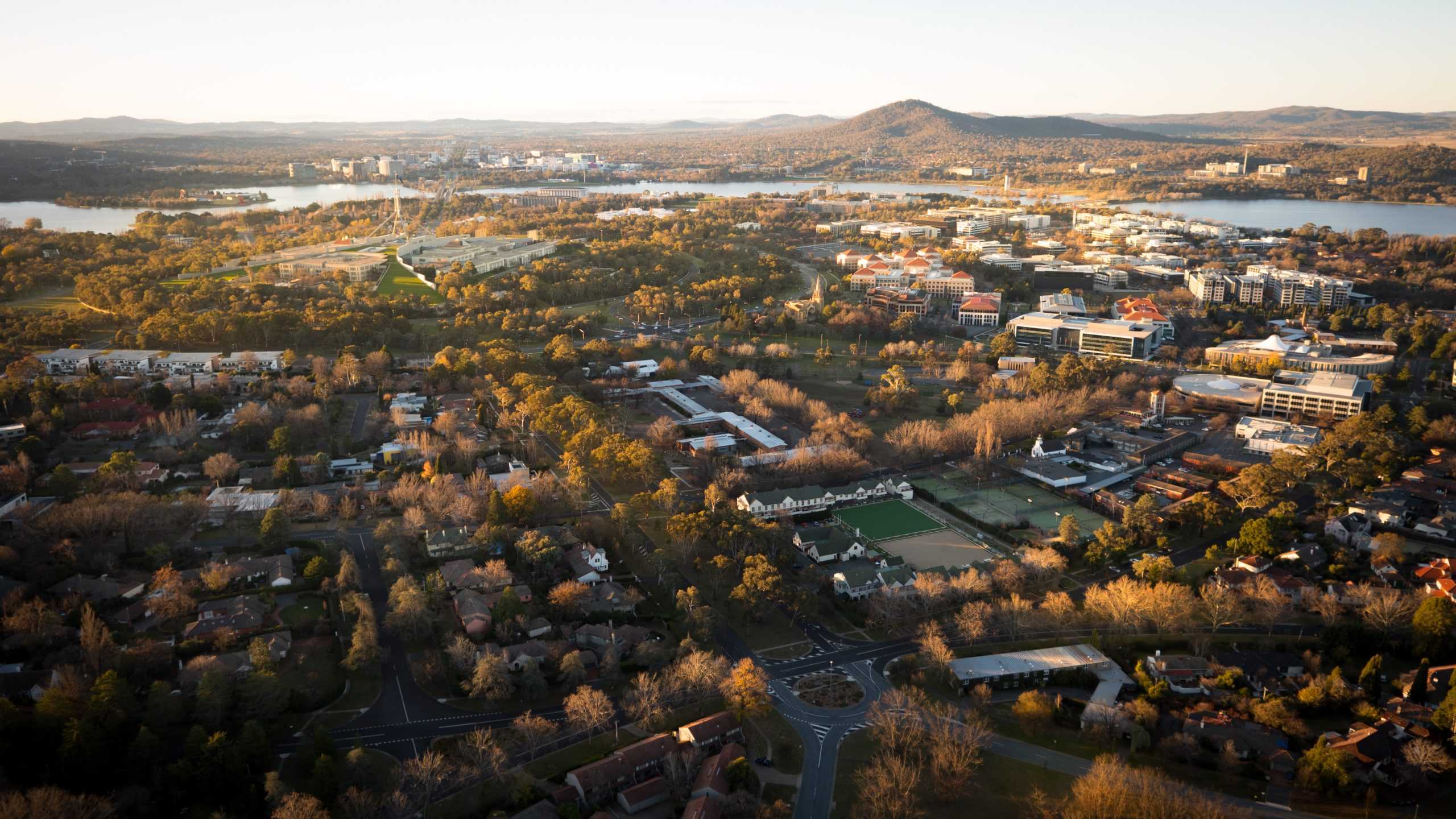 As a commercial property investor, have you looked outside Australia’s ‘big three’ cities recently?

While investors could be forgiven for focusing their attention on Sydney, Melbourne and Brisbane, savvy buyers are casting their eyes a little further afield.

And for those who land on Australia’s capital, they’re reaping the rewards of a location that’s primed for exceptional growth in the coming years.

Here’s why Canberra could be the smart money for investors and developers.

Population growth remains one of the single greatest drivers of property demand, and the ACT is booming.

Canberra’s population topped 420,000 in 2018 and is growing at the second-fastest rate nationally at around 2.2%, according to Australian Bureau of Statistics figures, and is expected to hit 500,000 within a decade.

Suburbs such as Gungahlin and Belconnen are epicentres of that boom, with the number of residents swelling by as much as 181%, the ABS data shows.

For investors and developers, more people means greater demand for the services and businesses that occupy commercial property, in turn driving up value.

It’s a trend that has already manifested in the region’s residential rental market, with Canberra now the most expensive capital city in Australia in which to rent a home, according to Domain data – even more expensive than Sydney.

Rents are now rising three times faster than the national average, such is the impact of exceptionally low vacancy rates.

A city’s commercial property strength is not only measured by how high it can soar during a boom period, but also on how vulnerable it is to a potential downturn.

And on that score Canberra is arguably positioned better than anywhere else in the Australian market, for one key reason.

While other markets are reliant on transient resources and industries such as mining and tourism, Canberra’s number one industry is government, which in itself provides economic stability.

Further, Canberra’s unemployment rate is the lowest in Australia at just 3.2%, while the average salary is almost $200 per week higher than the average across Australia, according to the Bureau of Statistics.

The significant level of development currently in the pipeline in the heart of Canberra cannot be understated.

At present there are dozens of development projects approved, under construction, proposed or in the planning stages across the territory, and particularly in and around the heart of the city.

The most significant, The Barracks, represents $500 million worth of apartments and retail on London Circuit, while the nearby $300 million Constitution Place development will include 20,000 sqm of government office space, a 132-room Adina Apartment Hotel, a further 11,500 sqm of offices, plus a dining precinct.

Mixed-use developments such as DKSN will change the face of Canberra’s commercial property landscape, with new residences along with state-of-the-art offices, retail, restaurants and other amenities.

The sheer number and scale of the developments underway across the city demonstrates a clear confidence from developers in the long-term future and growth potential of the Canberra market, and underlines the increasing demand for commercial property. 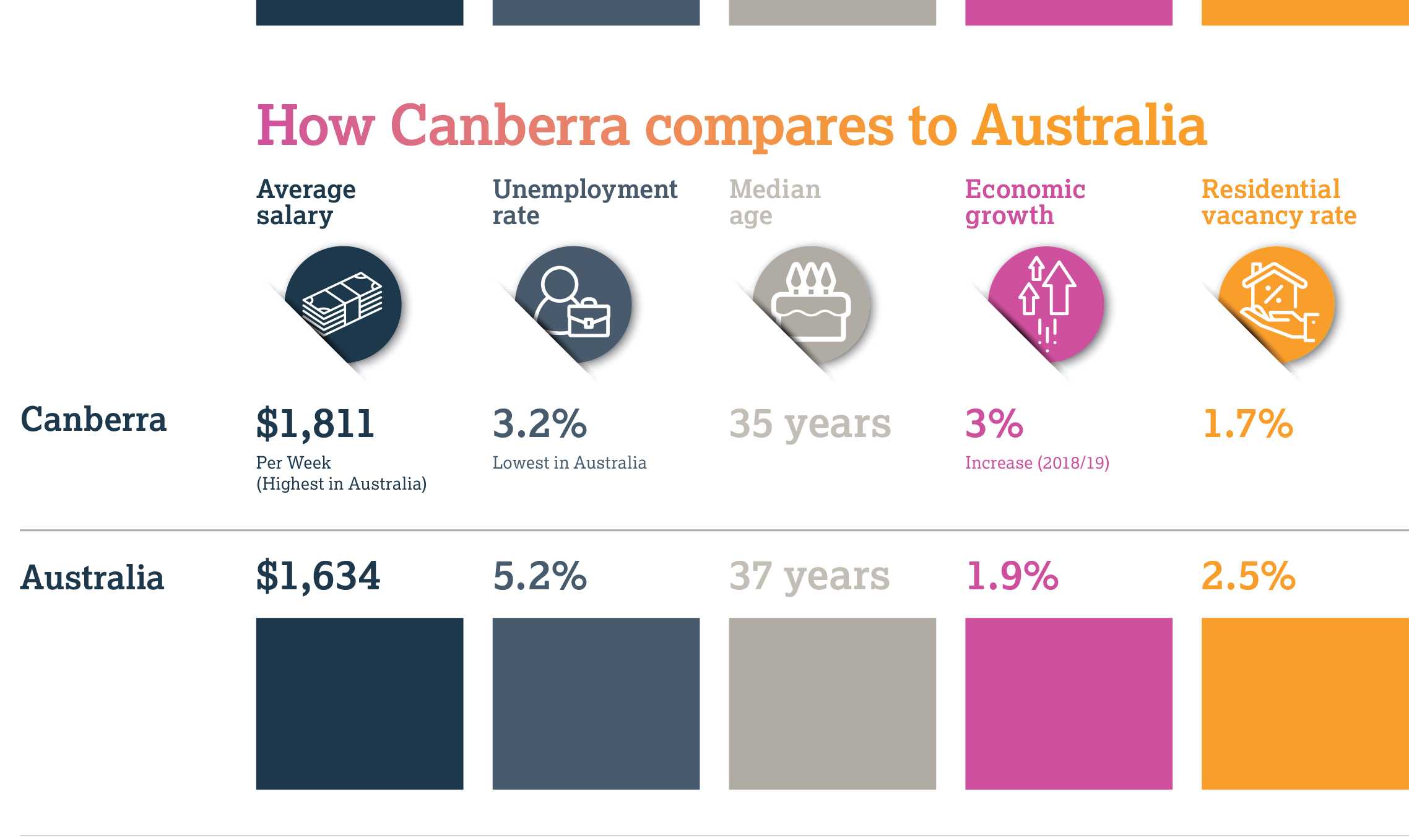 While Canberra and its suburbs are experiencing remarkable growth, in truth it’s the wider Canberra region that is exciting the industry.

The region’s population is nearing 700,000 and is projected to hot one million by 2056, marking it as one of Australia’s most important growth regions and spiking future demand for property.

With the tender process for the long-awaited Barton Highway now underway, providing better links between NSW’s southern tablelands and the ACT, the state is increasingly accessible and poised to trade on its location just three hours from Sydney and two hours from the coast.