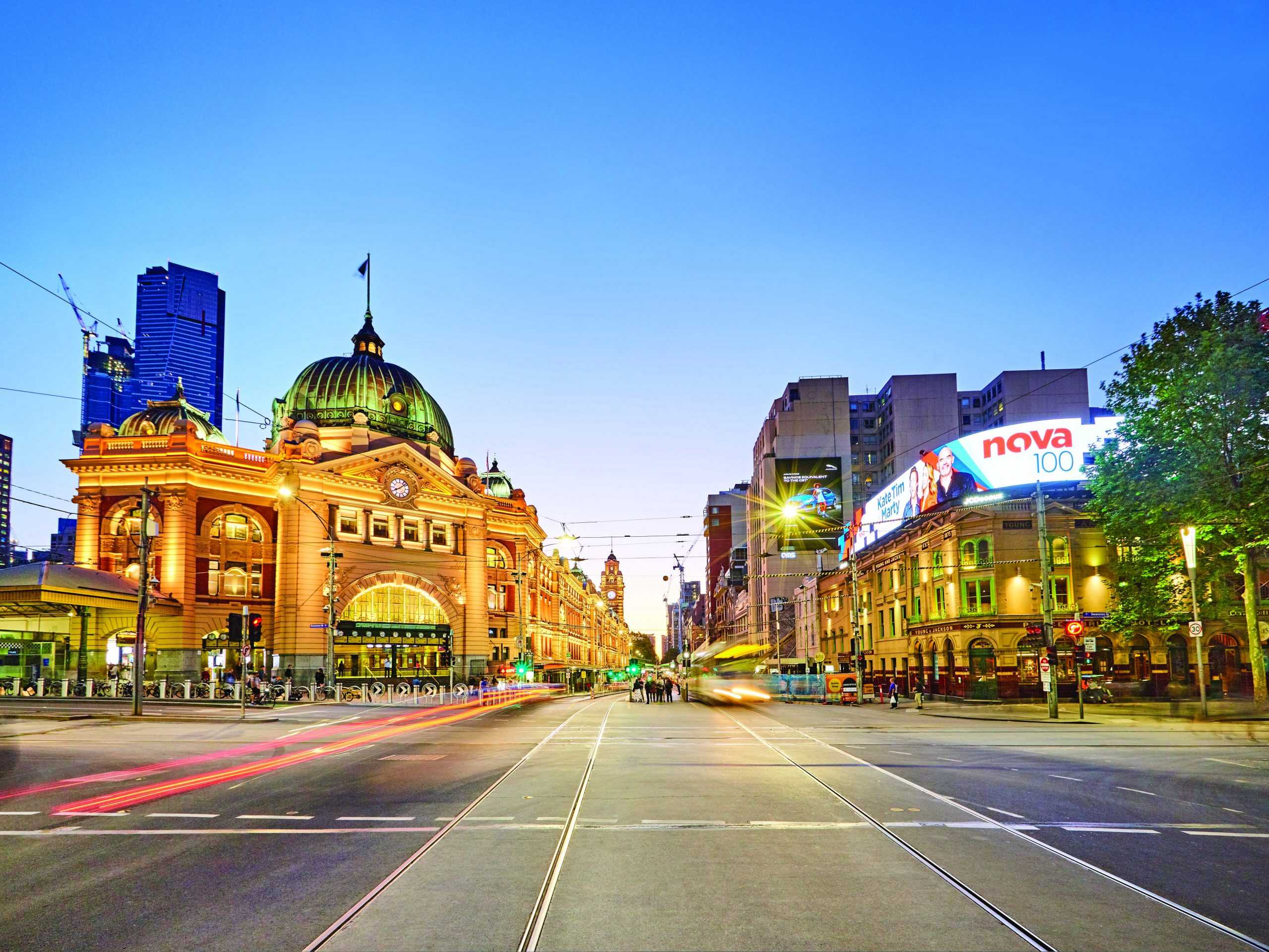 Have you heard the one about the property that was almost completely underwater when it sold?

Or the one about the $1 bid that was enough to buy an $8 million property?

If you spend long in the commercial real estate game, you’ll think you’ve probably seen it all.

But even Burgess Rawson’s most experienced agents admit that more than a few times they’ve been left stunned at some of the properties that have come across their desks – and successfully changed hands – in recent years.

Here are some of Burgess Rawson’s memorably unique sales from the past decade.

It was billed as one of the most unique commercial property offerings ever put to market in Australia.

And despite having no roof and only one wall, it sold for a cool $3.05 million at a Burgess Rawson Portfolio Auction in 2015.

The Melbourne property – a single external wall of a Flinders St building that is home to a giant digital advertising screen – was sold by Melbourne agent Graeme Watson, who said it was the “most unusual property I’ve ever sold” in more than three decades in the commercial property industry.

The 117sqm wall was leased to a digital sign operator until 2039 at an annual rent of $357,000, and occupies a prominent position near the intersection of Flinders and Swanston streets, opposite Flinders St station.

It should have been a stock standard campaign for a nationally-branded United service station.

But when the heavens opened in March 2017, flooding most of the area and putting all but the top of the United servo’s canopy underwater, you’d have been forgiven for believing that thoughts of a sale might be shelved.

While the marketing photos – taken in the weeks before the storms hit –
showed the property in operating mode, by the end of the campaign it
was a very different scenario.

“In the lead-up to the auction all you could see was literally the top of the canopy with United written on it. The rest was underwater,” Raoul Holderhead recalled.

“It was a bit like, ‘If you’ve got a boat you can come and look at it tomorrow’.”

But Mr Holderhead said that both the owners and potential buyers were unperturbed, with the quality of the underlying tenancy still a significant lure.

It went to auction in Melbourne, despite still being underwater 1600km away.

“The owners said they understood if we wanted to pull it out of the auction, but we said, ‘We’ve got buyers’. At the end of the day the buyers knew it was a strong lease and they wanted the property. We sold it at auction to a Melbourne buyer, and it still sold really well.

Home to Cassegrain Winery, the largest wine producer and exporter in the Port Macquarie Region of NSW, Burgess Rawson negotiated the sale of the renowned Hastings Estate, which included a French Restaurant.

Stunning and set on some 13.5 hectares, the property included a bottling line with a production output capability in excess of 1500 dozen (18,000 standard 750 ml bottles) each day!

When you think “record levels of enquiry”, properties like a Bunnings Warehouse or a prime inner-city supermarket probably spring to mind.

But an underground car park?

That was the unlikely scenario that emerged when a Woolloomooloo car park captured buyers’ collective imagination after being put up for sale in 2013.

The car park’s leasehold strata, which featured 90 spaces below The Wharf Terraces, alongside Sydney’s famous Finger Wharf and on the edge of the Royal Botanic Gardens, saw a deluge of enquiry, such was the rarity of the offering in a very desirable locale.

Selling agent Michael Gilbert said he received more than 250 enquiries and issued more than 50 contracts for the property.

“At the time it was the most enquiry we’d ever had on a property,” Mr Gilbert said.

“It was the only property I was able to work on at the time, because it was just so complex. What made it so challenging was that it was a strata of a leasehold and had weird restrictions such as the public not being allowed to park there before 9am and no signage was allowed outside to advertise the car park’s presence.”

When a commercial property reaches the $8 million mark at auction, it’s generally expected that some further heavy bidding will be required to seal the deal.

It was the tiniest of bids, however, that was enough to put a buyer over the line when Melbourne’s Eltham Hotel was auctioned in 2013.

“Bidding stalled at about $7.6 million. Our reserve was $8 million, so we did a vendor bid of $8 million and said that the next bid would own it,” Mr Holderhead said.

The 150-year-old ALH-leased pub featured a sought-after triple net lease and a prime elevated corner site spanning 10,000sqm, marking it as one of the city’s most significant pub sales of the year.

ELVIS IS IN THE BUILDING

Most Australians know the town of Parkes in NSW as being synonymous with ‘The Dish’ – the 64m diameter radio telescope that assisted in the live transmission of Neil Armstrong on the moon in 1969.

But each January, it is also home to the largest Elvis festival in Australia. “The King would be proud” – parked on Bushman St is the Gracelands Hotel, which was previously a wedding and function centre that was transformed into a fully decked out Elvis-themed motel.

The motel was sold by Burgess Rawson’s Sydney team – in fact, we’ve sold it twice in the last five years.

“The first sale attracted an unprecedented 75 enquiries on the first day and it sold within 14 days of being listed. The popularity of “The King” must surely have had an effect!” agent Dean Venturato said.

The property comprises 20 luxuriously appointed rooms and the IKON restaurant, while the styling and décor throughout is an obvious throwback to the ‘60s and ‘70s. 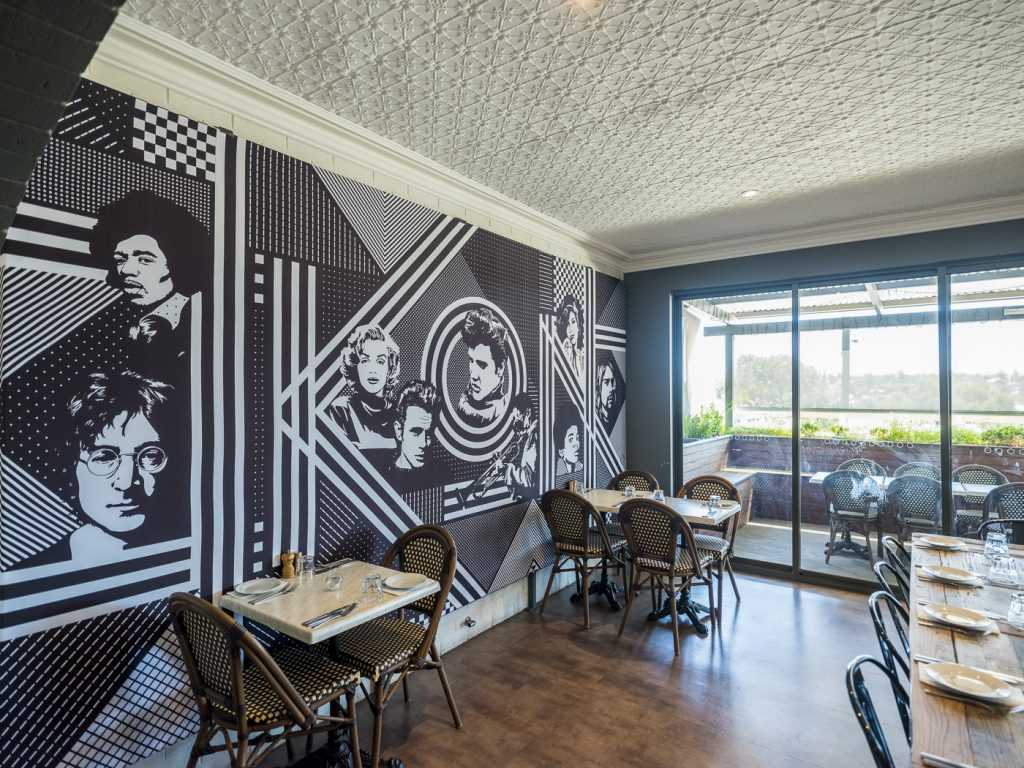