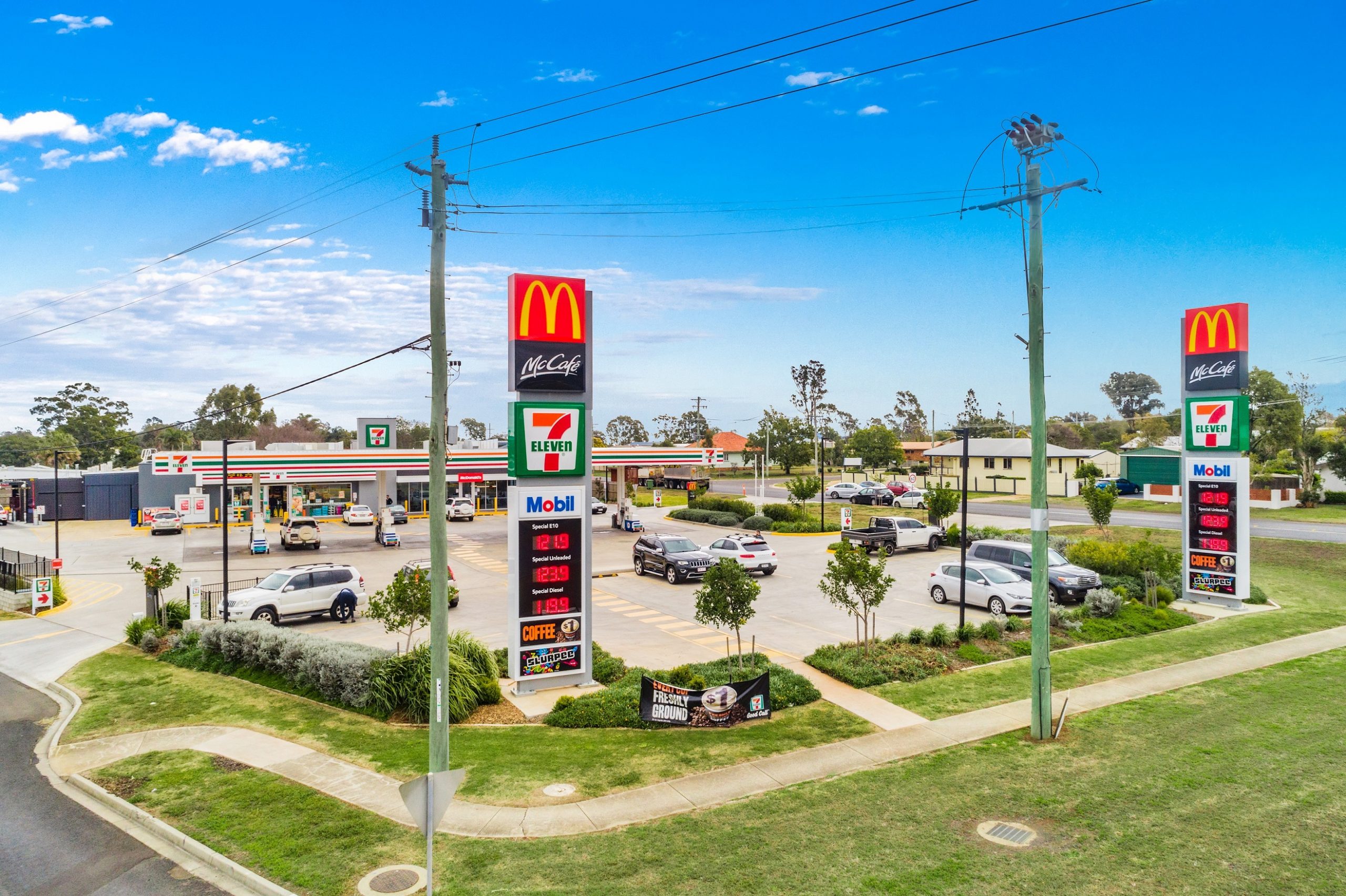 In a sign of growing investment interest in Toowoomba, five servos were snapped up for a combined $29.74 million during the calendar year.

Many of them were bought by interstate investors looking for solid returns from regional areas like Toowoomba.

1. PUMA, HARRISTOWN A Queensland investor swooped on this Toowoomba service station for more than $5 million, following a national campaign.

The Bundaberg buyer paid $5.07 million for the Puma servo on the intersection of Anzac Ave and Stephen St in Harristown, after the property drew more than 60 inquiries across Australia.

2. 7-ELEVEN/MCDONALD’S, WESTBROOK THE newly-built Toowoomba service station and McDonald’s restaurant was sold for more than $8 million to a Queensland investor.

Burgess Rawson confirmed the massive sale of the property based on Main St in Westbrook.

Lead agent Doug Doyle said investors were falling over each other to buy the “incredibly rare” asset, which eventually sold for $8.62m.

3. 7-ELEVEN, RANGEVILLE The service station sold at auction to a Gold Coast investor for more than $4 million, with the agency in charge calling it an example of a “desired asset” in the market.

Burgess Rawson confirmed the sale of the 7-Eleven on Perth St in Rangeville, with the buyer snapping up the property for $4.25 million at a yield of 6.7 per cent.

4. SHELL, LOCKYER VALLEY THE Lockyer Valley petrol station sold for millions after it went under the hammer just weeks after its construction wrapped up.

The new Hatton Vale servo, positioned at Warrego Highway, went to auction in June in Sydney and was snapped up for $6.8 million.

5. 7-ELEVEN, DARLING HEIGHTS A PRIVATE equity group snapped up the new service station for nearly $5 million earlier in the year.

The Melbourne-based investment company bought the 7-Eleven service station on the intersection of West and Stenner Sts in Darling Heights at an auction facilitated by Burgess Rawson in January.