Rare opportunity to buy five properties at once 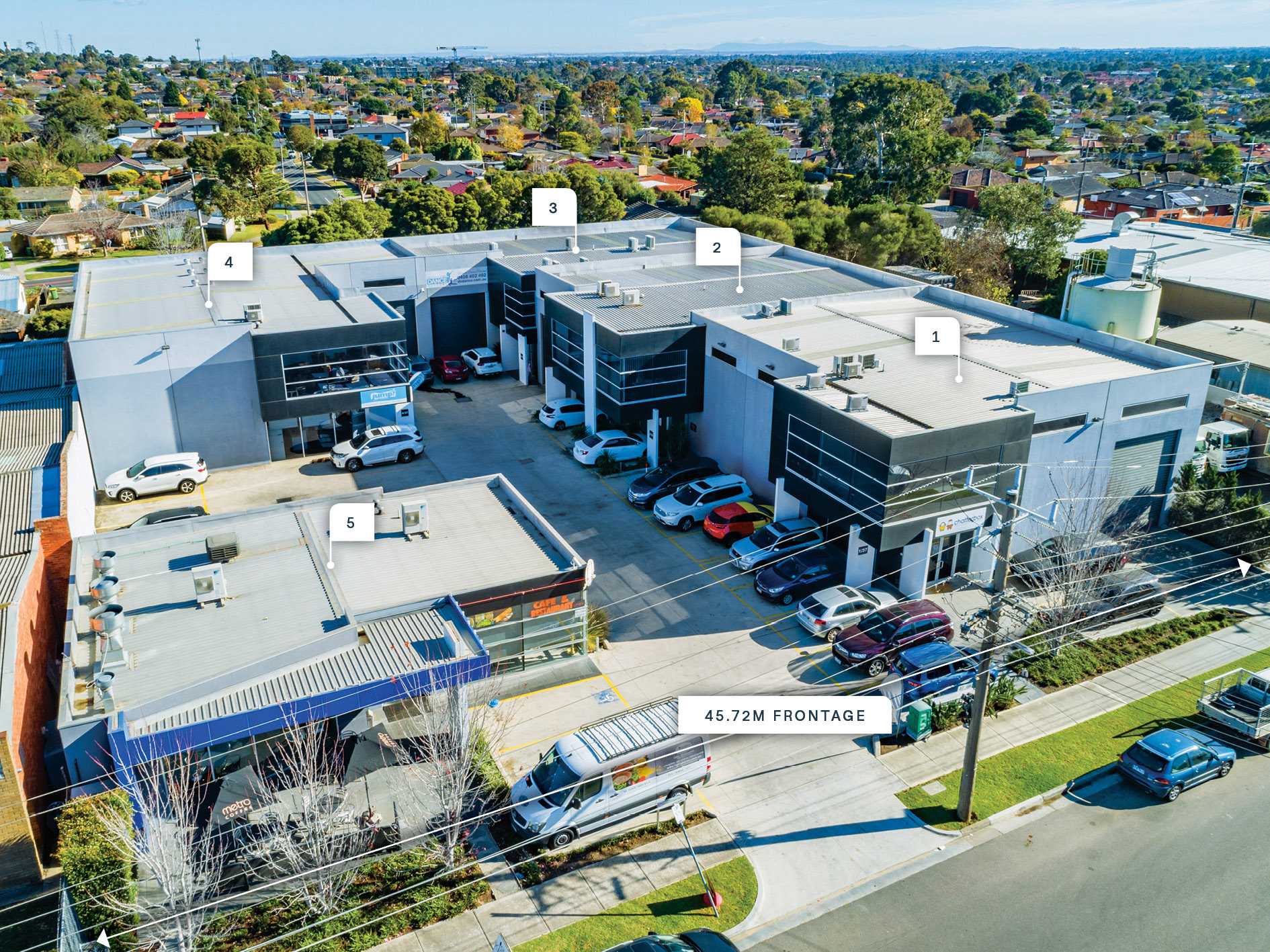 It’s not every day you have the opportunity to buy five properties (on separate titles) operating as a swim school, a dance studio, an education facility, a café/restaurant and an office warehouse, with one wave of the hand.

But that’s the rare offering that presents at Bundoora in Melbourne’s north, where an impressive commercial complex will be sold at auction in one line.

The complex at 37 The Concord spans 1727sqm of net lettable area on a 2680sqm freehold site and features leases to five established long-term tenants.

It will be auctioned at Burgess Rawson’s Investment Portfolio Auction at Crown Casino on Wednesday, August 7, and is tipped to sell in the low $3 million range.

Burgess Rawson director Raoul Holderhead said the five combined properties would make for a excellent long-term investment, or could net a shrewd operator a quick windfall if they were prepared to on-sell them individually.

“It’s an easy proposition to purchase and hold long term or immediately on-sell each of the properties individually if they wanted to,” Holderhead said.

“There could be a quarter of a million dollars to be made really quickly by doing that, maybe more. It’s an absolute beauty.”

Built in 2007, the complex has a successful tenancy mix with an average occupancy of five years, and attracts combined annual rents of $212,140.

Holderhead said the secure leases have 3-4% increases built-in, while the businesses also take advantage of their position in an established business precinct just metres from Grimshaw Steet.

There are also 26 on-site car spaces on the title.

“One of the tenancies is a cafe/lunch shop from 7am-4pm, and then it becomes an Indian restaurant at night, 7 days a week. One is a swim school, one is a dance studio, one is a children’s speech therapy facility, and the fifth one is used as an office/warehouse, with that tenant having occupied that property since construction,” Holderhaid said.

“They’re all well and truly proven in this location, making the property a great long-term proposition, should a buyer wish to hold onto it. It’s been superbly maintained and presents beautifully, which is a credit to the ownership group.”