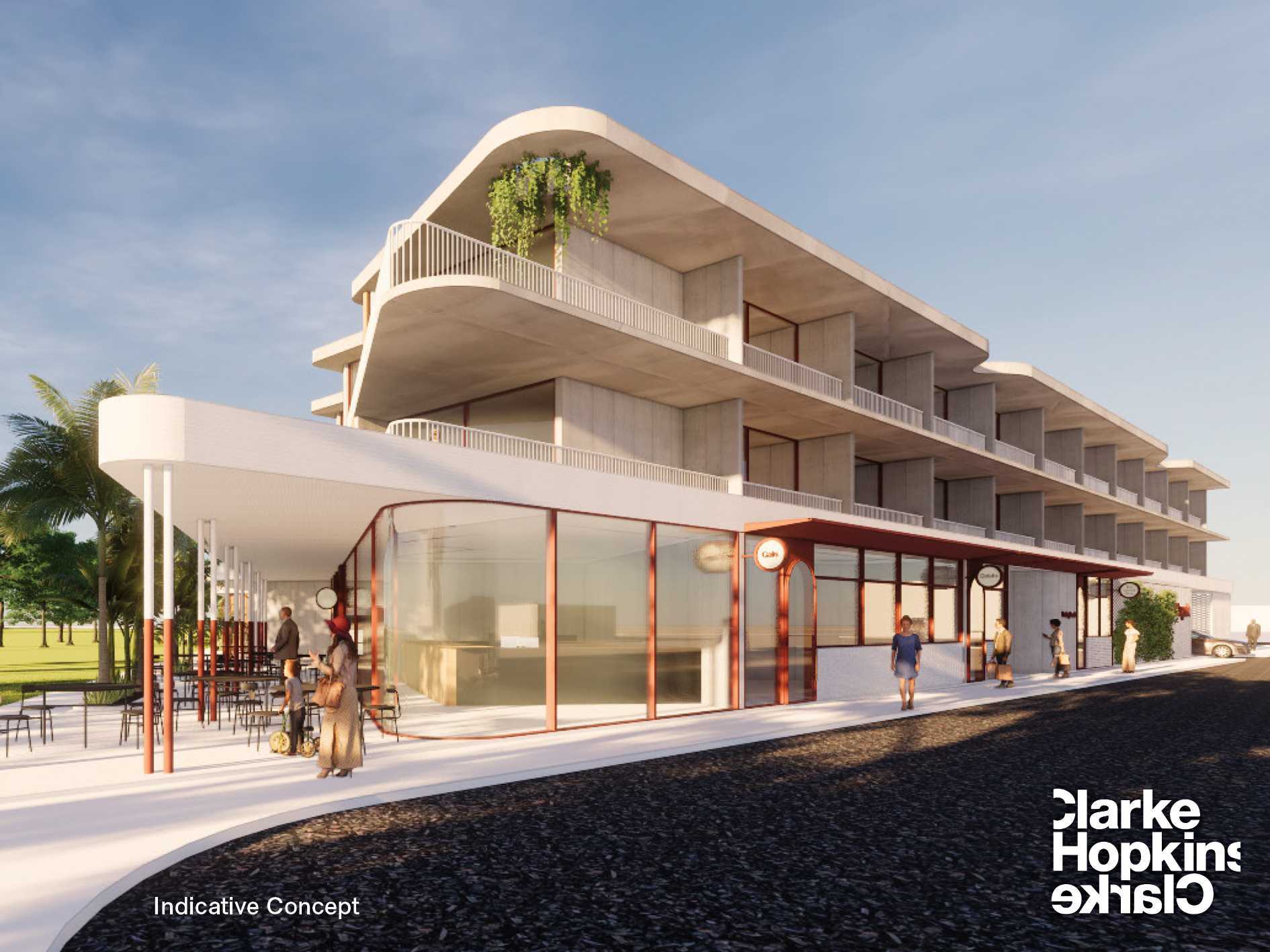 The heart of Inverloch could be transformed, with prospect of a 56 apartment complex, a new retail precinct and even a new supermarket.

The site of Inverloch Marine on the Esplanade is for sale and is expected to sell for at least $4 million. An architect believes the site could accommodate a three-storey complex with a supermarket or retail strip, 56 apartments, 66 car parking spaces and an infinity pool.

This is a concept plan for the 2522 sqm site and would require approval by Bass Coast Shire Council. The site has already attracted interest from potential buyers.

“There is nothing like this in Inverloch,” real estate agent Glenn Bolam of Stockdale and Leggo Inverloch said.

The project has generated community discussion on social media, with people for and against.

The site is owned by Allan Edney and leased by his son Tim Edney, who runs Inverloch Marine.

“This is an opportunity for Inverloch and fantastic potential to make this the centrepiece for the town,” Tim said.

“It is an advantage for the town because it will bring business to the town. People will spend money in the town, buying a sandwich, a coffee or counter meal.”

Tim said the apartment complex was ‘just a suggested concept to give people an idea of what is possible at the site’.

“It is not a locked in design,” he said.

The site is zoned mixed use and does not include the South Gippsland Conservation Society’s shop nor the Inverloch Shell Museum, as these premises are owned by Bass Coast Shire Council.

A council spokesperson said it has not received a planning permit application for the site and there were no plans to sell its building.

Inverloch Marine will relocate to Bear Street mid next year, after 28 years at the current site.

The property is being marketed by Stockdale and Leggo in Inverloch and Melbourne firm, Burgess Rawson. Mr Bolam said the site was unique and the concept for the development would not change Inverloch.

“It will just put more accommodation and more shops in town, which the town is crying out for,” Mr Bolam said.

“Victoria’s coastline is mostly road frontage or natural bush, but this is one of the rare private properties located on the beach side of the road.”

The Inverloch Marine site at 2-4 The Esplanade will be sold through expressions of interest closing March 5, although Mr Bolam expects it will sell before then.

News of the development comes after Inverloch and District Lions Club signed a contract with Wonthaggi firm TS Constructions to build a soundshell in The Glade nearby.

Published in the Yarram Standard