A neighbouring pair in one of Melbourne’s tourism hubs 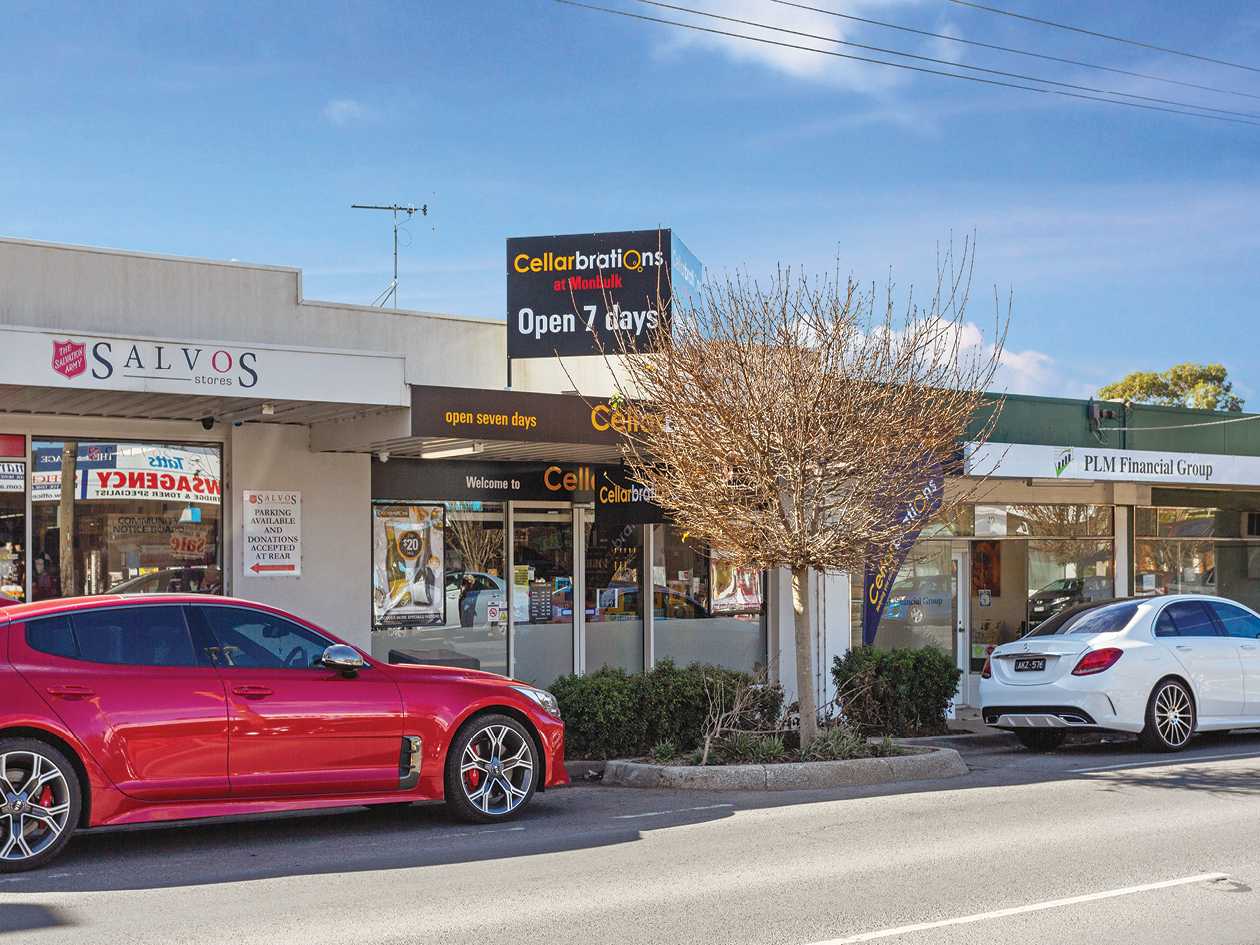 A pair of recently constructed commercial freeholds leased to national liquor outlet Cellarbrations and the Salvation Army are set to be sold amid ongoing demand for ‘essential services’ and convenience retail assets.

The neighbouring properties at 51A and 51B Main Road, Monbulk will be auctioned separately at Burgess Rawson’s Investment Portfolio Auction event on September 23.

Positioned within a thriving local retail strip and only metres from Woolworths and Aldi supermarkets, two banks, a community centre and local schools, the properties offer long-term security and assured income growth.

The Cellarbrations outlet is leased to an experienced operator with multiple liquor retail businesses, and features a near-new 248sqm premises that recently underwent a $250,000 fit-out to Cellarbrations’ current corporate standard.

Leased to 2029 and with options to 2039, it currently returns $51,215 per annum plus GST and has 3% annual rent increases, along with excellent depreciation benefits.

The larger Salvation Army store occupies a significant 625sqm site with rear loading and parking, and is securely leased to July 2025, with options to 2040. It returns $88,242 per annum plus GST, with 3.5% annual rent increases.

Burgess Rawson director Shaun Venables said Monbulk, at the heart of the Dandenong Ranges, was booming and poised for further growth, with the region attracting 6.6 million visitors and an $871 million tourism spend in the 2018/19 financial year.

“The fact that there is a Woolworths and Aldi demonstrates the strength of Monbulk’s market catchment,” Mr Venables said.

“Essential services and convenience tenants in these areas are always highly sought-after and underpin them as investments.”

Mr Venables said the Cellarbrations outlet was trading strongly throughout Melbourne’s recent lockdown periods, while the Salvation Army had continued to pay rent despite being forced to temporarily close, highlighting its strength as a tenant.

“Once the Salvation Army re-opens, they’re going to have a huge job in supporting local communities in the years ahead, which reinforces their appeal as a long-term tenant, and they also recently extended their lease. Meanwhile the liquor store has a very experienced operator and a lease structure that will allow an investor to purchase, set and forget, with years of growth ahead.”

The properties also have an extensive council-owned area at the rear that may be further developed or transformed into parking, further increasing the properties’ appeal.

The two properties will be auctioned at Burgess Rawson’s upcoming Investment Portfolio Auction event at 11am on Wednesday, September 23.